Early Interventions to Support Trajectories for Healthy Life in India

The health and economic burden of non-communicable diseases (NCDs) is increasing rapidly across the globe and falls disproportionately on low- and middle-income countries (LMICs). In India, an estimated 65 million people have diabetes and a further 77 million are pre-diabetic. Unchecked, the population with diabetes is expected to reach 109 million by 2035. The rising burden of cardiometabolic disease is accompanied by a growing burden of mental health disorders; 13% of young people aged 1-16 years in India experience mental health disorders..

Undernutrition also remains a significant problem in India. In children under 5, the prevalence of stunting is around 48%; wasting is about 20%; underweight is about 43%, and anaemia is almost 70%. In women aged 15-49 years, one third are underweight while about 55% are anaemic. These factors are reflected in a high prevalence of low birth weight (<2500g) in roughly one quarter of babies born in India each year. Low birth weight (LBW), poor infant nutrition, and rapid childhood weight gain and obesity are well-established risk factors for poor health trajectories and development of NCDs in later life. Rates of obesity in children and adults are also increasing in India; 19% of children and adolescents and 15% of women of reproductive age are overweight or obese.

Evidence from research in India has shown that maternal undernutrition (particularly maternal micronutrient deficiencies) and LBW have a detrimental impact on fetal development, leading to an increased vulnerability to diabetes and cardiovascular disease in adult life. Part of this increased risk comes from changes in fetal body composition. The undernourished Indian newborn is typically light and thin (average birth weight 2.7kg) and has a low lean body mass, but is disproportionately adipose (the ‘thin-fat’ Indian – described below). This phenotype persists through childhood and into adult life, and causes diabetes and cardiovascular disease at relatively low levels of obesity compared with western populations. The effects of early life under-nutrition are exacerbated by poor weight gain in infancy and rapid childhood weight gain even in the absence of obesity. Women who experienced fetal undernutrition have an increased risk of developing gestational diabetes when they become pregnant, another strong risk factor for diabetes in the next generation. Rates of gestational diabetes mellitus are rising in India; current estimates suggest a prevalence of about 15% in urban and 8% in rural populations. Thus, India’s ‘double burden’ of ill-health (high rates of chronic non-communicable diseases alongside maternal malnutrition, fetal and childhood undernutrition) are inextricably linked.

The picture below depicts two men of similar age and identical body mass indices (BMI), which is a commonly used measure of body fat. The man on the left (aged 60) is an obesity director of the International Health and Medical Education Centre at the University College London. He eats a healthy European diet, runs marathons and has 9.1% body fat. The man on the right (aged 52) is an obesity expert and the director of the Diabetes Unit at the KEM Hospital Research Centre in Pune, India. He eats a predominately vegetarian Indian diet, rarely exercises and has 21.2% body fat. Despite having identical BMIs, the dual x-ray absorptiometry imagery (on the outside of the photo) clearly depicts more fat on the man on the right. 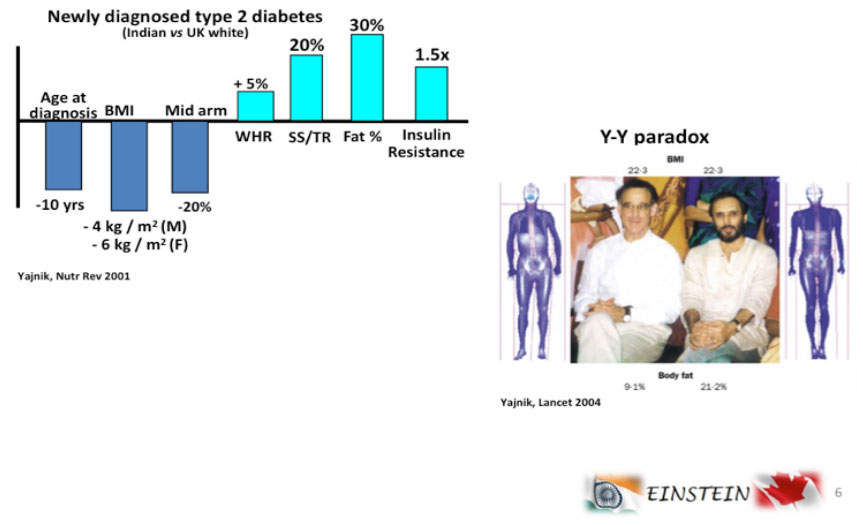 Not all adults having a BMI in the ‘healthy’ range are at their most healthy weight. They may have a lot of fat, but very little muscle.

The Asian India Phenotype (Thin-Fat Asian Indian) is characterized by:

Similar to the other HeLTI studies, The HeLTI-India study builds on the Developmental Origins of Health and Disease (DOHaD) concepts to implement a multifaceted integrated intervention programme starting pre-conceptionally and continuing through pregnancy and infancy to enable at-risk children to reach their full potential for health and well-being. It is anticipated that the intervention will reduce childhood adiposity, improve cardiovascular and metabolic health, and improve child development outcomes.

The intervention comprises measures to improve maternal physical and mental health, nurturing skills, infant infection prevention, and to improve child growth and development in the short term and reduce the burden of non-communicable disease and optimize human potential in the long term.  (Details of the intervention are described below).  The primary outcome at age 5 years in the children is adiposity, measured by fat mass index. Other key outcomes at 5 years of age include overweight and obesity (OWO), glucose metabolism, blood pressure, and infant/child development.

The study is a community-based, cluster randomized intervention with three arms (pre-conception, pregnancy and control) set in rural Mysore, South India, with individual villages forming the basis for the cluster. The team will assess the efficacy of the longitudinal intervention and evaluate the cost-effectiveness of this package. Comparisons of relative benefits and costs will be made starting the intervention pre-conceptually versus initiating it during pregnancy. Recruitment will target married women 18 years of age or older. There will also be local community involvement from fathers and other family members.

Formative work to help inform and implement the main study has commenced.  Local research staff have conducted an enumeration survey to identify eligible women. Community engagement activities were completed within 3 of the study villages. Perspectives were gained from the staff in their role of supporting change and from community leaders, village women and their families about the study.

As shown below during an initial engagement session, the study was well received and numerous women expressed interest in participating. The two main factors contributing to their decision were the potential to benefit future generations; and the possibility of scaling up the intervention to the state or national level. 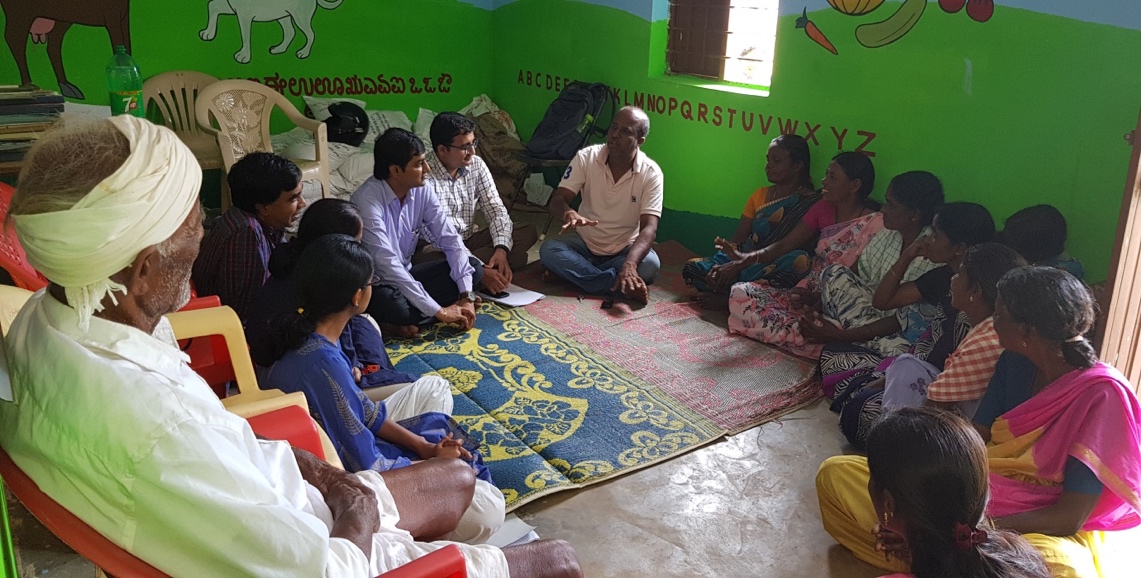 The main site of the study is Saragur, rural Mysore with a population of 400,000. The majority have poor nutritional status and limited access to specialized health services. 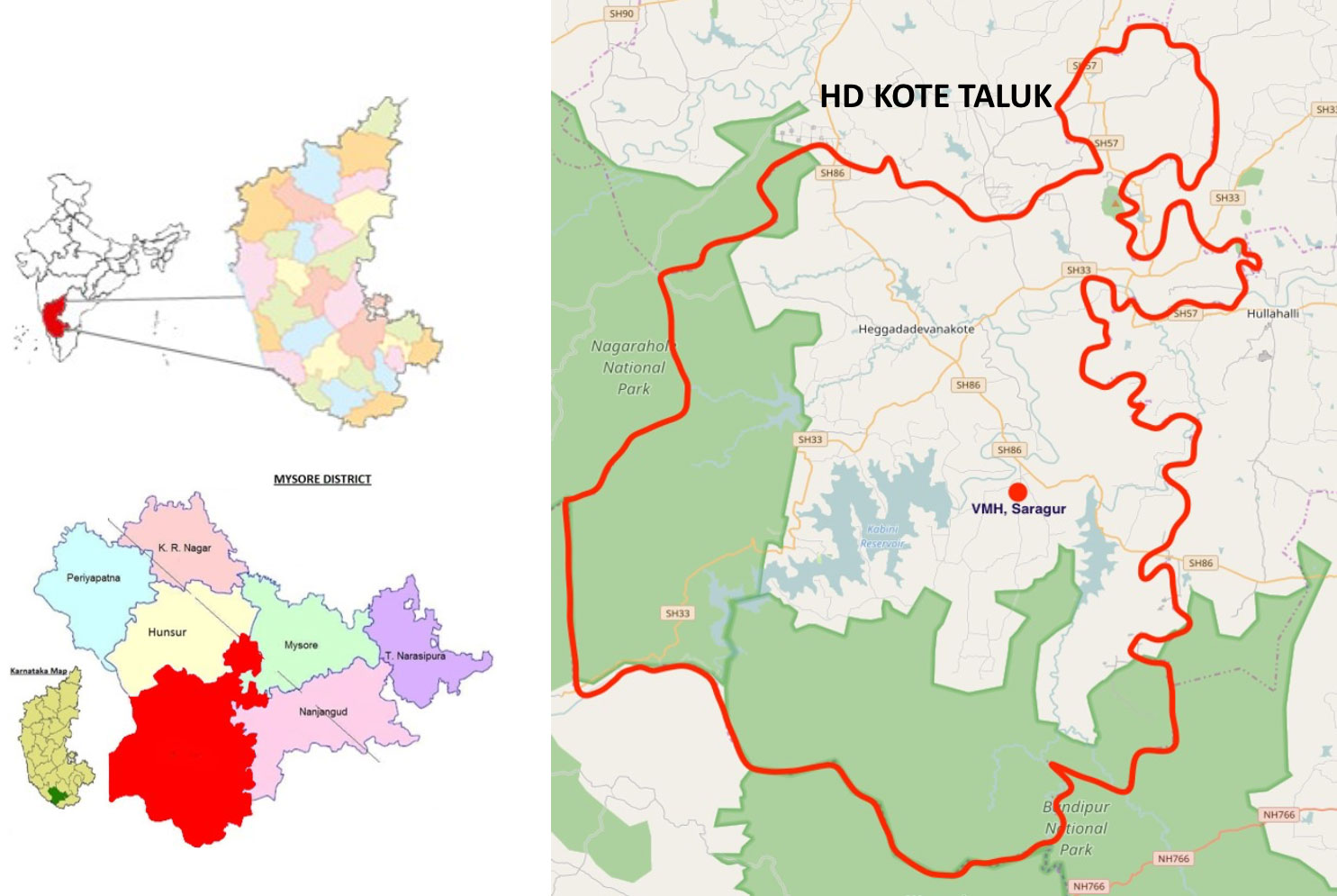 Obesity versus adiposity
Obesity rising in urban India
Undernutrition still the major issue for most of India
Linked by adiposity: ‘Thin-fat’ Indian 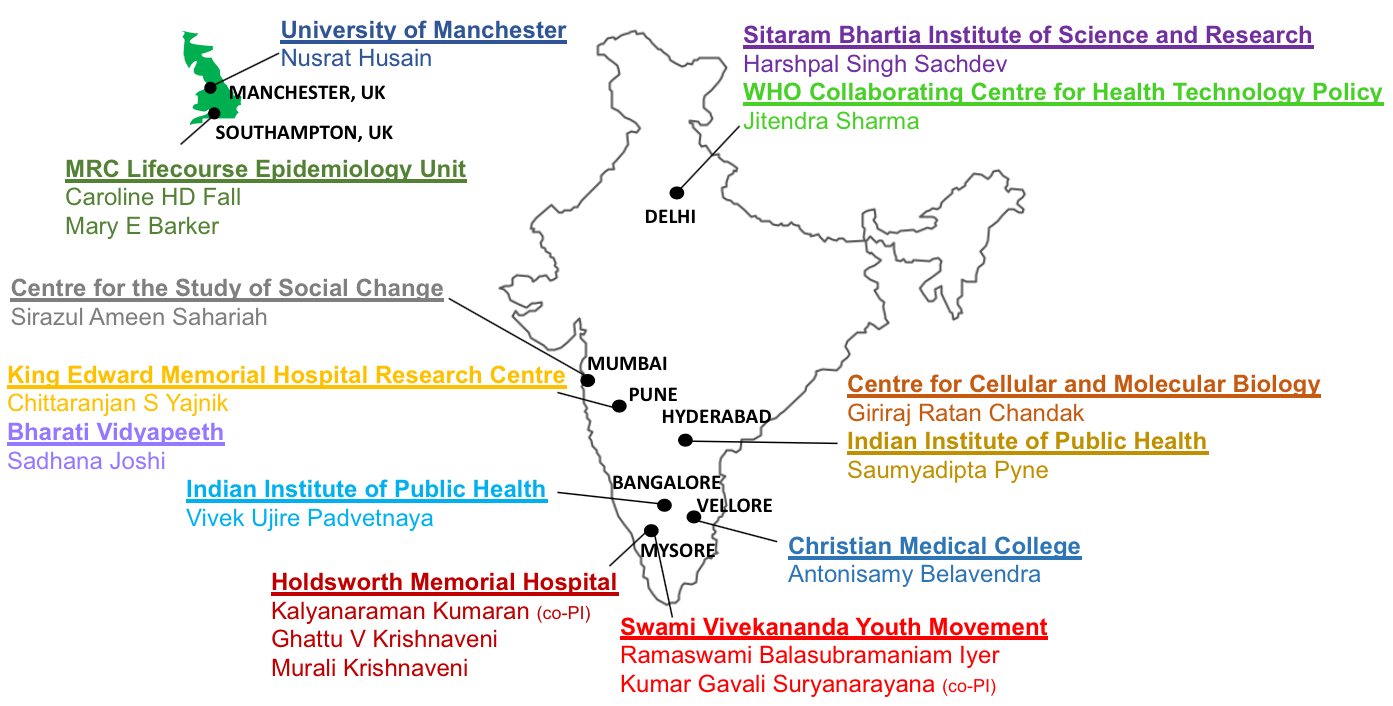 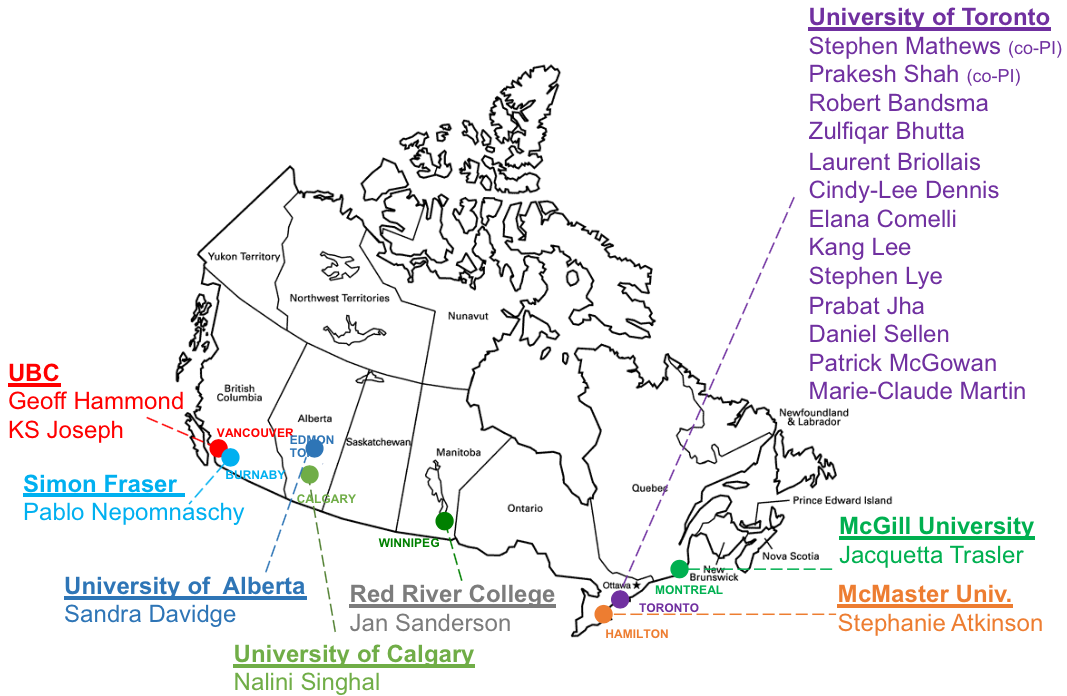 Funded by: Canadian Institutes of Health Research and the Department of Biotechnology, Government of India